What a scorcher!!! Fantastic weather, fantastic shooting and fantastic people!

We have had a bit of diversity, to be fair, on the first day of our flagship event. But when diversity hits, Bisley Gun Club has proved that the members of this club have the club truly at heart. And this weekend brought out the best in our club members (and non members!) Even people who were not at the shoot will get a mention as they played their part in such a successful shoot.

It is no secret that we have been beset by some trap issues over the last few years, and at times we have felt jinxed.

After Saturday morning’s major drama’s we truly felt there was a jinx as after every remedy there was another fault. Ultimately, we got to the point where we found there was actually a fault in the electrical supply to one of our layouts, and it seems this has been the cause of a few of our recent issues.

People have been quick to blame Trap manufacturers, and obviously this would be a natural assumption.

However, it turns out that at least a  fair chunk of our recent problems have been caused by this electrical fault. Our trap manufacturers, LaPorte, and the Clay Pigeon Company have been nothing less than fantastically supportive when required, and always on hand.

So a huge thank you to everyone who was involved in helping us out, voluntarily it has to be said, and also to Keith and Andy at LaPorte/Clay Pigeon Company. You guys know who you are and we truly appreciate you!!!

On to the shooting.

This was a two hundred bird competition, and three shooters managed to hit every target, whilst two others missed only one over the two days.

Paul Chaplow made the long journey South from Yorkshire to take the High Gun Prize with an absolutely stunning 200/598. retaining the Trophy he won last year in the process. One second barrel on day one and the same on day two. Brilliant Paul! So good to watch such an accomplished shooter achieve these scores!

Lee Byard shot 200 straight also to win AA class, with two more second barrels than Paul, finishing on a brilliant 596. Great shooting Lee, and thank you for your help with our troubles!!

The third 200 scorer was veteran Dave Toomer, who shared second spot in AA with Steve Janes ( who was one of the two only missing one of the 200 targets) with a 292. Dave also went the extra mile with a bit of help in our hour of need. Thanks Dave!

Paul Cannon showed he is soon a force to be reckoned with, consistently hitting great scores recently and finishing with a superb 197/593, equalling Steve Eley’s score to finish joint top in A class. Very well done to both!!

B Class was won by Stewart Kirk, who after a scrappy first round showed great consistency to finish with a fine 194/571 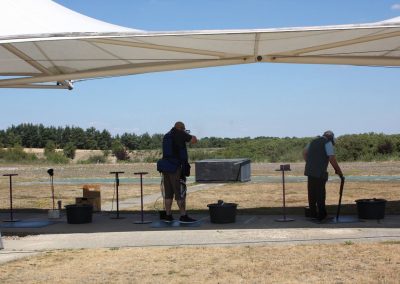 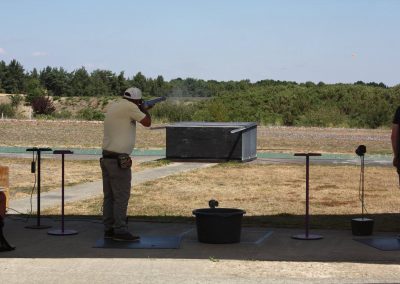 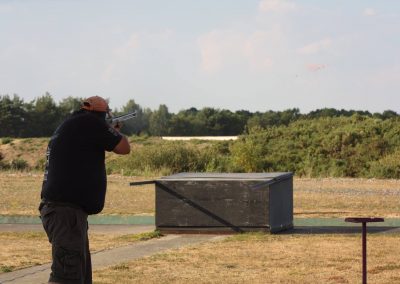 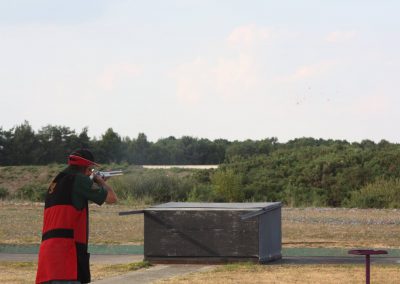 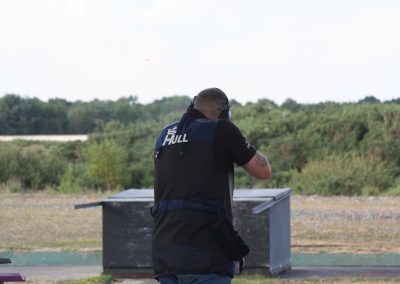 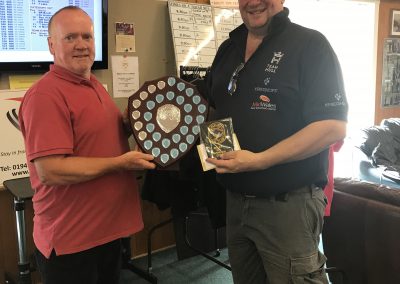 And C class was won by up and coming star Ben Killian, who at 13 years old showed composure beyond his years to post a fantastic 195/563. Great to watch such a young shooter with terrific composure! Well done Ben!!

Superb effort all of you!

A special mention to Mick Kirby. What an amazing shooter! Mick has one arm with which to hold the gun and aim and shoot with. The way he handles the gun and himself is truly . His inspirational attitude got him a couple of personal bests at this discipline, one on Saturday, then another on Sunday, culminating in a brilliant 90/261. What an achievement!!

Our superstar team cannot go without a mention Janine, Kevin, Helen, Caroline, Bernadette, Joe, Duncan, Dennis, Dave, Bill… Dedication beyond necessity from you all, THANK YOU!!!

If I have made any mistakes, or have missed anyone out who deserves a mention, please feel free to correct me as it has been a very tiring weekend and I may not have included everyone I should have.

Thank you for all of your lovely supportive comments over the last two days! It really means a lot!!